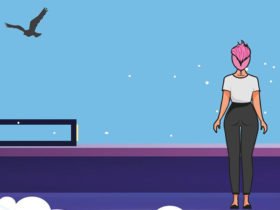 Earlier this year, Bad Bunny teamed up with Mora for this track, ‘Una Vez,’ now he released an official video of this track. Meanwhile, he performed “Una Vez” with Mora at the Uforia concert. The track is one of the lesser-known songs from Bad Bunny’s YHLQMDLG album that had a big live debut tonight.

MUST-READ – Cardi B Open Up About Why She Divorce Offset

On 24th June, Bad Bunny collaborated with J Balvin, Dua Lipa & released the new song ‘UN DÍA (ONE DAY),’ According to a press release, the bilingual track is about nostalgia. The clip focuses on a young woman going through life alone, seemingly processing the breakup that Lipa sings about on the track.

The music video follows an astronaut alone in the wilderness. He visits many places like, snow mountain, alone road, hot sand. It seems like, Astronaut feels a lot of things about loneliness, he observes the environment and not stopping anywhere. Know more about the video watch here.