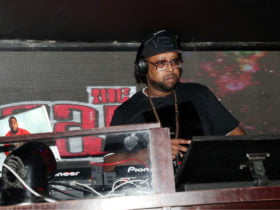 The musical artist, Basside has unleashed a brand new EP named ‘Fuck It Up‘ produced by late DJ, SOPHIE. Check out the playlist below.

Basside(the Miami bass duo of Que Linda and Caro Loka) will be released this EP on April 2 via Sorry Records. The EP was recorded in 2016 after SOPHIE saw the duo perform at the iii Points Festival in Miami.

Earlier in January 2021, Sophie has died at roughly 4 a.m. due to an accidental fall in Athens, Greece, where the artist had been living. In the meantime, Also, Basside has shared the title track from the record, which contains percussive elements similar to that found throughout SOPHIE’s work.

Basside Unleash New EP, ‘Fuck It Up,’ Produced By SOPHIE