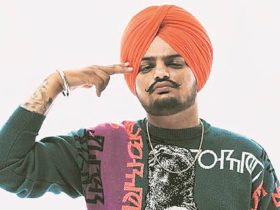 The musical artist, Justin Bieber has released his long-awaited new album, ‘Justice‘ ft. Burna Boy, Khalid, and many more. Listen to the full album below.

After releasing the marvelous music video of the latest single, ‘Hold On,’ he officially released the album now. The album features 16 tracks including, 2 Much, Deserve You, As I Am, Off My Face, Holy, Unstable, MLK Interlude, Die For You, Hold On, Somebody, Ghost, Peaches, Love You Different, Loved By You, Anyone, & Lonely.

He mentioned the album, ‘In a time when there’s so much wrong with this broken planet we all crave healing and justice for humanity. In creating this album my goal is to make music that will provide comfort, to make songs that people can relate to and connect to so they feel less alone.‘