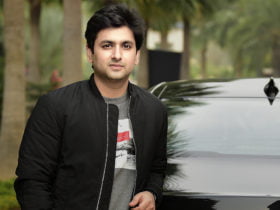 2 days ago (December 30), he announced the new song news via Twitter and wrote that “Oh yeah I’m performing my new single #ANYONE during #BieberNYE tomorrow night http://justinbieberNYE.com.” You can watch the new year’s live performance of Bieber by clicking here.

The new track marks his previously released tracks, ‘Holy’ and ‘Lonely’, the first two songs from the singer’s “new era”. Meanwhile, In Dec, Justin Bieber partnered with the Lewisham and Greenwich NHS Choir for a new charity version of his single ‘Holy’.

In the meantime, In Sep, Bieber also appeared in Drake & DJ Khaled’s “Popstar” music video. In Feb 2020, he released the album ‘changes’ The album follows 2015’s Purpose, quite literally represents the “changes” in Bieber’s life over the past five years. Last month, Bieber took to Instagram to express his feelings about his latest album ‘Changes’ being classified as pop in the 2021 Grammy nominations.

“I can’t think of a better way to close out 2020 and kick-off 2021 than celebrating with my fans all over the world and sharing this new music with them,” Bieber said in a news release. “Music has gotten us all through so much this year, and for me personally it’s been healing and transformative. ‘Anyone’ is such a special, hopeful, anthemic song. It sets the tone for a brighter new year full of hope and possibility.”