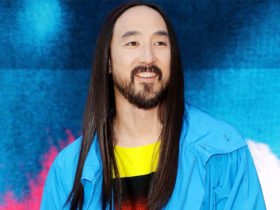 The track will appear on his next upcoming album, ‘Justice,‘ which will release on 19th March. It will include Bieber’s 2020 songs “Holy” (featuring Chance the Rapper), “Lonely” (featuring Benny Blanco), and “Anyone.” Now the another single is on the way.

Earlier this week, he teased the track via Twitter and also shared the cover art of the track. “The song is just a hopeful record of just holding on because a lot of us want to give up at times,” Bieber said in a live chat. “There’s a lot to look forward to. There’s a lot we can’t control sometimes, but there’s always hope.”

He also mentioned the album, ‘In a time when there’s so much wrong with this broken planet we all crave healing and justice for humanity. In creating this album my goal is to make music that will provide comfort, to make songs that people can relate to and connect to so they feel less alone.‘