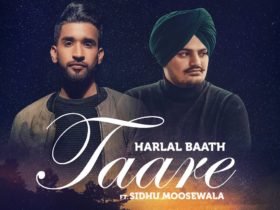 American singer and record producer, Lana Del Rey has dropped her massive new album, ‘Chemtrails Over The Country Club.’ Listen to the full album below.

It marks last year’s Violet Bent Backwards Over the Grass & 2019’s Norman Fucking Rockwell!, includes the previously shared songs “Let Me Love You Like a Woman” and “Chemtrails Over the Country Club,” as well as the teased “Tulsa Jesus Freak.”

The album features 11 tracks including, White Dress, Chemtrails Over the Country Club, Tulsa Jesus Freak, Let Me Love You Like a Woman, Wild at Heart, Dark But Just a Game, Not All Who Wander Are Lost, Yosemite, Breaking Up Slowly, Dance Till We Die & For Free.

It features Del Rey and a number of other women gathered around a table smiling. The record closes with a cover of Joni Mitchell’s “For Free,” featuring Zella Day and Weyes Blood. She collaborated with Jack Antonoff co-produced most of the Chemtrails with Lana Del Rey. In the meantime, the track, “Yosemite,” was made with Rick Nowels.

Lana Del Rey – “Chemtrails Over The Country Club” Out Now! Like This Track? Stream & Download The Full Album By Clicking Here.