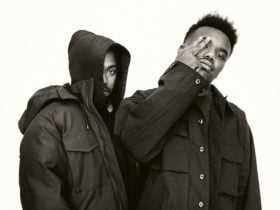 KSHMR had been teasing the album for a long time, and he is very excited about the album, He debuted new album live at Insomniac Event – Park N Rave at insomniac events Park-N-Rave at the NOS Event Center in San Bernardino, Today.

Previously, he has released two songs, ‘Around The World‘ featuring NOUMENN & title track, “The World We Left Behind” Ft. KARRA. Now the full album is out now. He said that about the album, “My debut album is one of the most ambitious, maybe even one of the best electronic albums of all time… I know it sounds crazy but I just can’t imagine anybody else taking you on a journey quite like this, or even trying.”‘