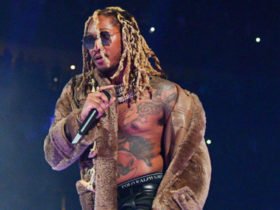 American-Indian musician & record producer, KSHMR will be debuting his new album live at Insomniac Event – Park N Rave next month. Check out the post below.

KSHMR announced the album news via Twitter and wrote that ‘My very first show of quarantine, I’ll be debuting the new album live at @insomniacevents #ParkNRave at the NOS Event Center in San Bernardino on March 19th.’

MUST READ – JAY-Z Join Forces With Nipsey Hussle For New Single, “What It Feels Like”

The event will take place on March 19th at insomniac events Park-N-Rave at the NOS Event Center in San Bernardino. Tickets will go on sale on Monday, Feb. 15th at 12PM PDT. Pre-save the tickets by clicking here.

Meanwhile, Last month, he released his debut album’s title track, “The World We Left Behind” Ft. KARRA. “The best song I’ve ever made.” He said, “I tear up listening to Karra’s chorus. The song embodies so much of what I love in music, youthful purity instead of adult bravado. It’s a bit Lion King, a bit Porter Robinson. I’m really excited for people to hear this and the rest of the album.”

He previously teased the album via Twitter and said, “My debut album is one of the most ambitious, maybe even one of the best electronic albums of all time… I know it sounds crazy but I just can’t imagine anybody else taking you on a journey quite like this, or even trying.”

KSHMR Will Debut The New Album Live This Week