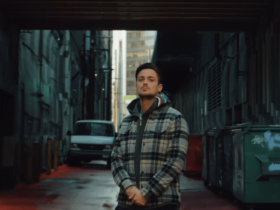 Jamaican bass guitarist and record producer, Robbie Shakespeare has died at the age of 68. His death was confirmed on Twitter by Olivia Grange, Jamaica’s Minister of Culture, Gender, Entertainment & Sport.

Minister’s Statement, “I am in shock and sorrow after just receiving the news that my friend and brother, the legendary bassist Robbie Shakespeare has died. Robbie and Sly Dunbar (the drummer) as Sly and Robbie, have been among Jamaica’s greatest musicians.

This fantastic team took bass playing and drumming to the highest level as they made music for themselves as a group, and for many other artists locally and internationally. Robbie’s loss will be felt by the industry at home and abroad. He will be sorely missed.

I offer my deepest condolences to those he leaves behind. Love you, Robbie. Rest in peace.”

Shakespeare formed Sly and Robbie with drummer Sly Dunbar in the mid-70s after having both worked separately in other bands. Their production work led them to work with a myriad of acts throughout the decades, including multiple albums for Bob Dylan and Grace Jones.

Minister Grange saddened by the passing of the legendary bassist Robbie Shakespeare. Robbie's loss will be felt by the industry at home and abroad. He will be sorely missed.