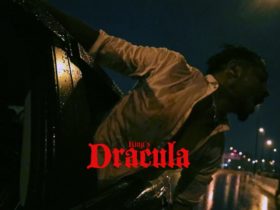 Udd Gaye guy Ritviz is back again with his most-awaited and amazing track called ‘Thandi Hawa’. But this time he gives the chance to his fans to become a part of his music video of Thandi Hawa.

Ritviz drops his new single on his own youtube channel and we guess the upcoming video is also going to release on his youtube channel which is best for his fans who want to be a part of his new track.

The new track of Ritviz is under collaboration with Bacardi Sessions. Ritviz gets popularity after his viral track Udd Gaye, after that he released tracks like Jeet, Barso, Sage, and Liggi which is popular in between music lovers.

The track Thandi Hawa is Written, Composed, Produced and Performed by Ritviz. The visual video team of Thandi Hawa is Wolves, Aditya Singh Thakur, and Dipraj Jadhav. The amazing artwork is designed by Santanu Hazarika.

What Ritviz says about his new track Thandi Hawa and about the upcoming music video where his fans can take part?

“Since you all love Thandi Hawa so much I want YOU to make the music video & for YOU to be in the music video. Yes, you’re thinking right! Here’s your chance to feature in the Thandi Hawa Music Video. All you have to do is upload your dance videos using #BacardiSessions #Dowhatmovesyou and don’t forget to tag me. So let’s dance to it. Groove to it. Do what moves you and make Thandi Hawa- the music video a product of your energy and positivity!”

Here are a few guidelines to keep in mind while sending entries: