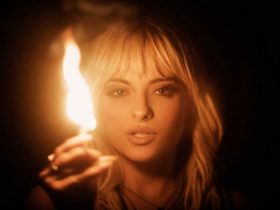 American singer and songwriter, Bebe Rexha has collaborated with Doja Cat for the brand new song named ‘Baby, I’m Jealous.’ Listen to the full song below.

She had been working on this track for a long time and also, its follow-up to her debut studio album, 2018’s Expectations. The song is Rexha’s first new track in 2020. In 2019, she dropped the single “Last Hurrah” and teamed up with Chainsmokers for “Call You Mine.”

On 17th July, She teamed up with Anne Marie for the track To Be Young, They dropped a very amazing colorful video, where Anne Marie sings the song in her bedroom and outside the home. Also, she collaborated with City Girls for the brand new track Pussy Talk. The track appears on duo City Girls’ recent album ‘City On Lock’.