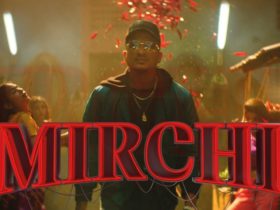 The brand new video has been arrived now, Within the music video clip, Gomez and Blackpink hang out in a pastel-colored world, and they are at the ice cream truck, biking around and hanging out on a basketball court docket, whereas typically having fun with the creamy confection that they liken to the emotions they catch for those they want.

The track, “Ice Cream” is the second single from BLACKPINK’s debut full-length, which will be released on October 2. The album also includes the previously released track “How You Like That,” which the group shared in June after appearing on Lady Gaga’s Chromatica track “Sour Candy.”

They sing, “Come a little closer cause you looking thirsty / Imma make it better sip it like a Slurpee / Snowcone chilly / Get it free like Willy / In the jeans like Billie / You be poppin’ like a wheelie”

On 12th Aug, Selena Gomez announced that she will team up with the k-pop girl group, Blackpink for the new upcoming single. Now it is finally out.

In January, Selena Gomez released her third album Rare, which she marked just a few weeks later with the brand new single “Feel Me.”

On 26th June, Blackpink’s video song, ‘How You Like That,’ has created a new record with 81 million views within 22 hours.