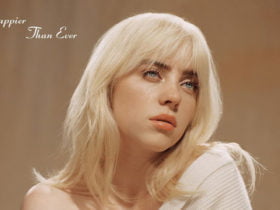 Katy Perry’s new album ‘Smile’ out now! Like this album? Stream and download the full album by clicking here.

On 27th Aug, United Nations agency, UNICEF confirmed that Katy Perry has given birth to her first baby daughter with husband Orlando Bloom. UNICEF wrote, “Welcome to the world, Daisy Dove Bloom! We are honored to introduce Goodwill Ambassadors @KatyPerry and Orlando Bloom’s new bundle of joy.” “We are floating with love and wonder from the safe and healthy arrival of our daughter.”

Katy Perry said in an interview with NPR, “My sister and I are super close and I’ve been able to observe how she raises her daughters, who are 3 and 6. She gave birth to her daughters in the room, in her living room and on her bed, and I was there and holding the leg back, so I’ve seen the miracle of childbirth in all its form, I’m not going to be surprised. Anyone who’s been in the room for the miracle of birth is not surprised.”

Both Perry and Bloom are Goodwill Ambassadors for the United Nations Children’s Fund.