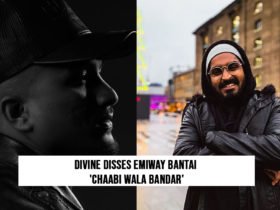 American singer-songwriter Katy Perry has released her new title track called ‘Smile‘ for his upcoming fifth album. – Listen to the full song below.

The album ‘Smile‘ will be released on August 14th via Capitol. The album will also feature previously released singles ‘Never Really Over’, ‘Harleys In Hawaii’, and ‘Daisies’.

Speaking about the song: Over an upbeat, dance-driven groove to match the positive vibes of the lyrics, Perry extols the virtue of perseverance after suffering setbacks where every day feels like “Groundhog Day” and “going through motions felt so fake.”

Perry sings on the chorus: “Now you see me shining from a mile/Finally got back that smile.”

On Wednesday(9th July), Katy Perry announced the upcoming album and wrote the caption, “Step right up! Step right up! 🎪 KP5 is called 🙂 #SMILE 🙂 I wrote the title track from the album when I was coming through one of the darkest periods of my life and had lost my smile.

“This whole album is my journey towards the light – with stories of resilience, hope, and love. Listen to the song at midnight local time Friday.” She added.

‘Smile’ will be Perry’s first album since the release of ‘Witness’ in 2017. It also follows up on her promise that it would be out this year, despite the challenges presented by a coronavirus.