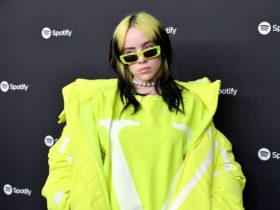 K-Pop Girl group, BLACKPINK’s member Lisa has shared her solo debut album ‘Lalisa’ tracklist. Check out the all tracks below.

Lisa shared the tracklist poster via Twitter and wrote that “LISA FIRST SINGLE ALBUM LALISA TRACKLIST POSTER.” It will be released on Friday (September 10), following her bandmates Jennie and Rosé.

READ MORE – SLANDER Team Up With Ganja White Night For 1st Track Together, “Miss You”

The title track, ‘Lalisa’ was composed by frequent BLACKPINK collaborators 24, Bekuh Boom and Teddy, its lyrics written by Boom and Teddy. Coming to the second track, ‘Money’ is credited to Boom and Vince in terms of lyrics, 24, Boom, R.Tee and Vince for composition and 24 and R.Tee for arrangement.

In the meantime, Lisa unleashed both teaser trailers for her forthcoming debut solo release, ‘Lalisa’. The new clip features Lisa in a sleeveless t-shirt and holographic trousers, looking at the camera while a soundtrack of palpitating bass and drums plays in the background.