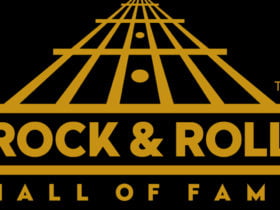 American singer & songwriter, Brent Faiyaz has teamed up with rapper, Drake for the new song, “Wasting Time.” Listen to the full song below.

The track is featuring a verse by rapper, Drake and a production by The Neptunes, aka Pharrell Williams and Chad Hugo. The track also features lush synth pads and booming 808s by the production duo, as Faiyaz launches into an appeal to the object of his affections.

he sings in the chorus, “If you’re gonna waste your time / then waste your time with me / you can have all the space / more than you need / it’s no pressure, girl / if you got time to waste / waste it with me.”

Meanwhile, Faiyaz is currently working on his second album ‘Make It Out Alive’, following 2020’s ‘Fuck The World’. He has been releasing many tracks from past few months, He has dropped a collaborative tracks with Tyler, The Creator, and a Jorja Smith-featured single under Sonder, his new project with producers Atu and Dapat.

Also, In an interview with battle rap league URLTV at their NOMEXI event, Drake said that the album would be out before the end of summer. Speaking about the date release, he said, “Oh yeah, I’ll be there. My album will be out by then.”