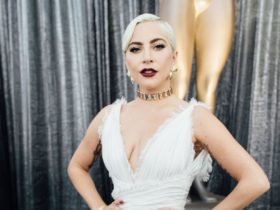 On June 5, 2020 Bruno Major released his new album To Let A Good Thing Die. This will be his second studio album. The new album has sounds of soft rock mixed with his jazz chops. Bruno Major is known for his R&B style because of his melodic guitar lines and sweet soft voice. He released three singles earlier this year in Figment of my mind, The Most Beautiful Thing, and Old Soul. The music video for Old Soul came out two months ago on YouTube.

Read More – Raymix Open Up First Time About His Sexuality(Is He Gay?)

Bruno Major wrote in an Instagram post his decision to release his new album on June 5. He expressed how he talked to friends and decided to release this in solidarity with the black community. He goes on to say that without Black culture, his music would not exist today. Much of his music style comes from R&B influence. He thanks the black community for demonstrating unity and coming together. He believes that music has the power to bring people together and describes his album as one that brings warmth.