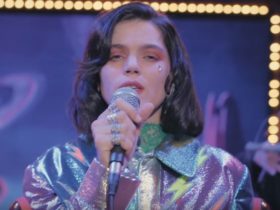 Muhfaad is back again with a direct diss towards Raftaar after the Instagram Live happened between them, if you don’t know the back story of this particular diss track then I will summarize it for you. After the Kr$na and Muhfaad beef was over everyone thought that now there won’t be any more fights or conflicts between them but Muhfaad released his track Makasam which was again a diss track towards kalamkaar, he planned to release that diss track while the beef was going but somehow it got leaked and Kr$na used the title to steal the hype.

But after the release of Makasam by Muhfaad and many things Muhfaad was saying on his Instagram Live, Raftaar broke his silence then went to his Instagram live and called him out for a live session. Muhfaad denied at first but later he accepted it and they both went live on Instagram.

They both prepared a lot of facts from their sides and to be honest Raftaar owned him in the live and muhfaad started getting trolled because he could not explain his facts properly in the Instagram Live. So this was the back story and pretty much the reason why Muhfaad released his diss Instagram Live.

So the first hint Muhfaad gave when he was going to release a diss track was that he put up a story on Instagram saying that he was going to be live on Instagram at 7:30 Pm with Raftaar and he also tagged raftaar in the story. Many fans thought that they sorted out everything so that’s why they are coming live but guess they were wrong. Muhfaad released a diss track named Instagram Live at 7:30 Pm on YouTube and it was really brutal and great. I will summarize the quality of diss track and the facts Muhfaad covered in this track.

so the purpose of this diss track was to summarize and defense his own part of Livestream by Muhfaad.In the beginning of the track Muhfaad said that raftaar is all about money and he has been backstabbing everyone who supports him and Muhfaad even dissed the audience because he knew he is going to get a lot of hate because of this track. Muhfaad cleared out few facts like when Raftaar and him were going for the promotion of the song named Sare Karo Dab, at that time DMF (Desi Music Factory) the label under which Muhfaad is signed booked the flight ticket for Muhfaad but Raftaar in Livestream said that Zee Music Company booked the ticket for Muhfaad and to defend himself Muhfaad even showed the ticket and it was booked by DMF.

Muhfaad even said that when he dissed Emiway in his track Har Har Gange then Emiway had no problem and Muhfaad dissed Emiway because he felt that he was wrong and he said he is doing the same thing right now by dissing Raftaar because he don’t think raftaar is right anymore. Muhfaad puts allegations related to Yo Yo Honey Singh too, he shared his thoughts that Honey Singh was the one who set the career of Raftaar but later Raftaar dissed him and tried to put him down.rest you guys can check out the track and enjoy the masterpiece.

So this track has some great bars and the flow is just the specialty of Muhfaad. The beat was produced by Kartavya Music and killed by Muhfaad, Kartavya is known as one of the best beat producers in Indian hip-hop and he has been proving himself over all diss tracks and hit tracks of Muhfaad. But yeah the track kind of backfired on Muhfaad because now a huge part of the audience hates him and many thinks that it was not needed at all. But yes, it’s enjoyable and catchy, there are multiple flow switches and its just a good hardcore rap track if you won’t think much about the diss story. This article concludes here and check out the track to know what Muhfaad has to say after all.