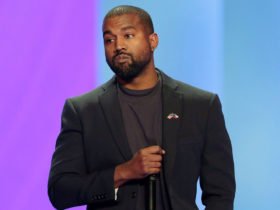 According to the Variety.com, “The donation was transferred earlier this week, with Black Lives Matter confirming receipt to Big Hit on Friday.”

On Wednesday, the boy band wrote on its Twitter in support of the Black Lives Matter: “We stand against racial discrimination. We condemn violence. You, I and we all have the right to be respected. We will stand together. #BlackLivesMatter.”

The Canadian singer The Weeknd has also donated $500,000 and The Canadian rapper Drake has donated $100,000 to Black Lives Matters in various organizations amid protests demanding justice for George Floyd.

The managing director for Black Lives Matter said: “Black people all over the world are in pain at this moment from the trauma of centuries of oppression. We are moved by the generosity of BTS and allies all over the world who stand in solidarity in the fight for Black lives.”

George was choked to death by an on-duty Police officer by kneeling on the previous’s neck. The news had Citizens of the US fuming with rage, following which public took right down to the road to protest demanding justice for George.

After many of Hollywood celebs like Kanye West, Ariana Grande, Ben Affleck, and others, popular South Korean band BTS has lent their solidarity for the Black Lives Matter Movement.

Today, BTS will appear as part of YouTube’s “Dear Class of 2020” commencement event alongside Beyoncé, President Barack Obama and Michelle Obama. The event was rescheduled in observance of the memorial service celebrating the life of George Floyd being held in Raeford, N.C. on June 6.