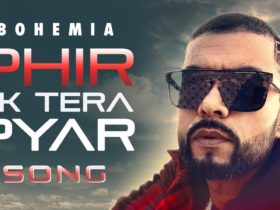 HYBE’s social networking platform Weverse, RM wrote [per fan translations]: “Hello. Finally. Because of you, my first album is coming out. I prepared hard for four years.”

He continued: “It’s very different from my previous work and there are a lot of fun friends included. Please support us until December 2.”

Also, In a statement, the label BigHit MUSIC added: “RM has already given fans an honest look into his world through two mixtapes. Through ‘Indigo’, RM delivers his candid thoughts and feelings and showcases wide-ranging music through collaborations with various artists.”

Additionally, a press release said the album “recounts the stories and experiences RM has gone through, like a diary”.