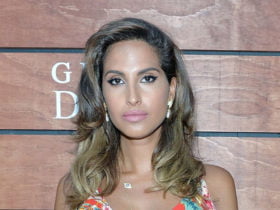 Scottish DJ & record producer, Calvin Harris has shared his Hampden Park Stadium Show In Glasgow this summer. Check out the full post below.

Hampden Park is also set to hosts gigs by the likes of Liam Gallagher, Ed Sheeran, Gerry Cinnamon, and Coldplay this year. Tickets for the show go on sale on Friday (March 4) at 10 am, and you’ll be able to find them here when they go on sale.

🏴󠁧󠁢󠁳󠁣󠁴󠁿 🙌 One of Scotland’s most celebrated artists of all time returns to play at the national stadium!
@calvinharris ticket info: https://t.co/K3fKA8YmHb
#CalvinHarris pic.twitter.com/GhCFxl9ypA