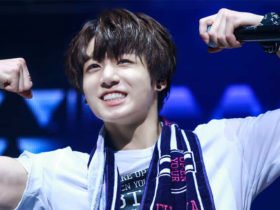 The Scottish DJ, record producer, Calvin Harris has teamed up with Canadian singer, The Weeknd for the brand new EDM track named ‘Over Now.’ Watch the full video below.

They dropped the amazing animated colorful video. The track includes a more Funk Wav Bounce style of production from Calvin, a mode we have been significantly lacking. It was first performed throughout The Weeknd’s TikTok live performance a couple of weeks ago.

He sings, “I don’t really care if your tears fall down your face / You know you play the victim every time / I know you getting turnt every night / Oh yeah / Your girls ain’t s*** trying to get me off your mind / The same ones who be hitting up my line / They’re not your friends”

Calvin Harris and The Weeknd ‘Over Now’ Official Video out now! Like this track? Stream and Download the full track by clicking here.

Last week, Calvin teased the little video clip on an Instagram story featuring The Weeknd and announced the collaboration news. Meanwhile, The Weeknd took to Instagram and posted the old picture with Calvin with the caption, “don’t get too confused…”

Earlier this month, The Weeknd teamed up with the late Juice WRLD for the brand new pop, hip hop track named ‘Smile.’ This year, The Weeknd also released his new album called ‘After Hours’.