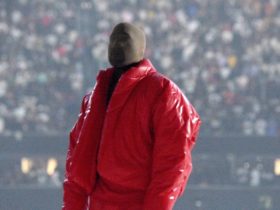 YouTuber, rapper, and streamer, CarryMinati has teamed up with the musical artist, Romy for the new song ‘Date Kar Le.’ Watch the full video below.

After the massive success of his latest track, ‘YALGAAR,’ again CarryMinati(real name Ajey Nagar) has come back with his new hip-hop song, this time he collaborated with Romy. The track is sung by Romy, Rap is written & performed by CarryMinati, additional music production – Raj Pandit, Saurabh Lokhande, mixed & mastered by Aftab Khan at Headroom Studio.

Last week he teased the track poster via his Instagram and wrote that “It was amazing working with @salimmerchant 🙏 excited for this one 🤞🤞.” Also, this is his first feature song with Salim Merchant.

In June, he released his new rap song called ‘YALGAAR.’ The track is a diss song, in this track he shares his past experiences of his life. He disses subliminal diss to Youtube and Amir Siddiqui (Tik Tok star). He tells about the youtube problems. Before this track, he has released 4 hip-hop tracks ‘TRIGGERR‘, ‘Bye Pewdiepie,‘ ‘Zindagi‘ & ‘WARRIOR‘ so far.

READ MOER – 10 Apps Every Music Producer Needs On Their Phones