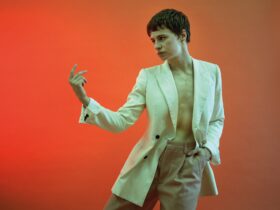 Christine And The Queens Announced As Curator Of Meltdown Festival 2023

She shared the post an image of a headstone with the date March 18 2022 via Instagram. The album will be the follow-up to her 2020 lockdown record, ‘how i’m feeling now’, as well as the fifth and final record under her current contract with Warner.

Earlier this month In an interview, the pop singer said fans can look forward to something different from ‘how i’m feeling now’.

“I’m exploring what it means to be a pop star on a major label in a not very current way. And that’s really fun to me,” she told Refinery29.

“There are a couple of songs that have stayed as a part of this new project… And to be honest, the meaning of them hasn’t changed. I mean, they were all kind of about sex. And that’s still been quite constant for me throughout the pandemic.”