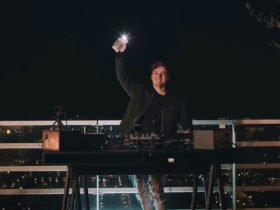 DJ, and in-house producer for the Saba-led Chicago hip-hop group Pivot Gang, Squeak has died at the age of 26.

Pivot Gang’s representative confirmed the news to Pitchfork, Squeak was part of Pivot Gang’s production team, along with daedae and Daoud. He got his start engineering Pivot Gang recording sessions.

After getting his first laptop and a copy of Fruity Loops at SXSW 2014, he began producing music for the crew.

In a 2017 interview, Squeak talked, “I low-key I realized I had a West Side sound when I was listening to old Twista tapes, I listened to the high-hats in his songs,” he said. “I started to realize all of his hits had a certain rhythm to them, and it was just like something I studied and once I kind of perfected it, I realized, ‘Ok, this is how people will know I’m from out West.’”

“God bless squeak and every one that loves him,” Chance The Rapper tweeted to lead the tributes, calling Squeak a “great man”.

Thelonious Martin said, “Rest in power Squeak. Love to all of Pivot Gang”