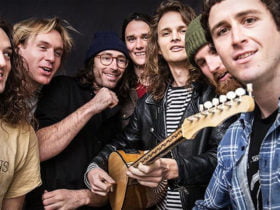 Last week, he officially dropped their new single, ‘Higher Power,’ which premiered during a special link-up to the International Space Station for an “extraterrestrial transmission” to French ESA astronaut Thomas Pesquet & also hinted about the new album.

The rock band performed colorful live performance of ‘Higher Power’ during the latest episode of American Idol in the US, with the band surrounded by planet-like props and backed by a dazzling light show.

The band also hinted in a new interview that they are all set for their next studio album, saying that “there won’t not be” a new LP on the way from the band.

“We’re not supposed to say, but there won’t be one,” Martin said in reference to the possibility of a new Coldplay album, with Buckland adding: “We’ve recorded more than one song.”