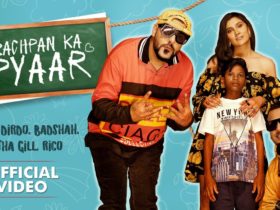 British rock band, Coldplay has dropped their new single, ‘Higher Power,’ & also hinted about the new album. Listen to the full song below.

Last week, the band teased the track via social media and now the track has arrived. The band also linked up virtually with French ESA astronaut Thomas Pesquet, who is currently aboard the ISS.

The band also hinted in a new interview that they are all set for their next studio album, saying that “there won’t not be” a new LP on the way from the band.

“We’re not supposed to say, but there won’t not be one,” Martin said in reference to the possibility of a new Coldplay album, with Buckland adding: “We’ve recorded more than one song.”

READ MORE – Armin van Buuren Team Up With Sarah Reeves For highly-Anticipated Track, ‘Tell Me Why’