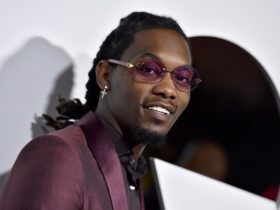 Why OFFSET Detained By Police At L.A. Shopping Center

American DJ and record producer, Illenium has joined forces with Valerie Broussard & Nurko for a new Melodic single, ‘Sideways.’ Listen to the full song below.

The track, ‘Sideways’ marks a new single from ILLENIUM’s upcoming fourth studio album named ‘Fallen Embers’. It follows a previously released track, “Paper Thin” with Tom DeLonge and Angels & Airwaves, “Nightlight” with Annika Wells, “Hearts on Fire” with Dabin and Lights, and “First Time” with iann dior. They all are grouped together for Illenium’s next chapter.

MUST-READ – Armin van Buuren Team Up With Sarah Reeves For highly-Anticipated Track, ‘Tell Me Why’

Vocals come up, ‘Head on the dashboard / I can see that your heart is breaking / I wish, wish I could fast forward / Take all of your pain and erase it.’

ILLENIUM with Valerie Broussard and Nurko- Sideways Out Now! Like This Track? Stream & Download The Full Song By Clicking Here.