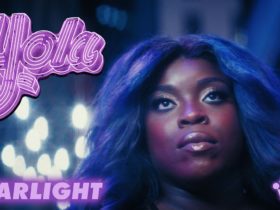 American rapper & singer, DaBaby has released an apology statement to the LGBTQ+ community for the homophobic comments he made during his Rollingloud performance.

Recently, Lollapalooza and Governors Ball festival announced that DaBaby would no longer play the festivals, alluding to homophobic remarks made during his set at Rolling Loud Miami.

He mentioned in the written post, “Social media moves so fast that people want to demolish you before you even have the opportunity to grow, educate, and learn from your mistake. As a man who has had to make his own way from very difficult circumstances, having people I know publicly working against me– knowing that what I needed was an education on these topics and guidance— has been challenging. I appreciate the many people who came to me with kindness, who reached out to me privately to offer wisdom, education, and resource. That’s what I needed and it was received.

He added, “I want to apologize to the LGVTQ+ community for the hurtful and triggering comments I made. Again, I Apologize for my misinformed comments about HIV/AIDS and I know education on this is important. Love to all. God Bless.”

After DaBaby’s comments, Dua Lipa addressed the topic in an Instagram Story. “I’m surprised and horrified at DaBaby’s comments,” she wrote. “I really don’t recognise this as the person I worked with. I know my fans know where my heart lies and that I stand 100% with the LGBTQ community. We need to come together to fight the stigma and ignorance around HIV/AIDS.”