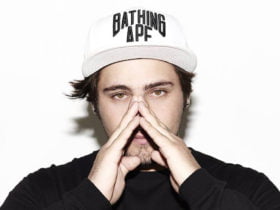 American singer & rapper, Lizzo has announced that she will be releasing her new song named “Rumors” next week. Check out the post below.

The track will be released on 13th Aug, the first new music in two years since the release of her 2019 album ‘Cuz I Love You’.

The track, “Rumors” serves as the follow-up to the Lizzo suite of Cuz I Love You tracks and the 2019 Charli XCX collaboration “Blame It on Your Love.”