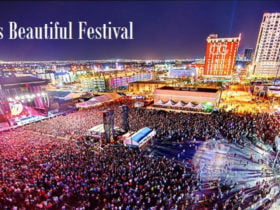 Life is Beautiful Announces The Date Of 2021 Festival

On Nov. 5, he posted his Twitter about the importance of mental health. “If you can’t get over depression GET HELP, you see a loved one struggling get them help, they refuse the help, MAKE em get treated anyway,” he tweeted. “You suffer from PTSD take that shit serious & get help! I’m bouta get a therapist my damn self!”

In Sep, DaBaby collaborated with Quavo for the brand new hip hop track, ‘Pick Up,’ directed by Reel Goats. ‘Pick Up’ is the Quavo assisted track from his third studio album, Blame It on Baby. on 3rd Aug, he dropped his latest new hip hop track, ‘PEEPHOLE.’ It’s actually impressive, especially while you take into account what a mainstay DaBaby has been on the Billboard charts.

DaBaby ‘My Brother’s Keeper(Long Live G)’ Out Now! Like This Album? Streaem & Download The Full Album By Clicking Here.