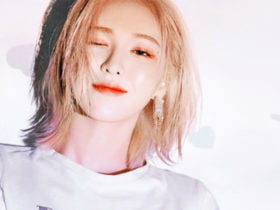 Canadian singer, Shawn Mendes has teamed up with Justin Bieber for the brand new song, ‘Monster,’ directed by Colin Tilley. Watch the full video below.

In the music video, Both Shawn and Justin are speaking about the ‘monster’ that they fear and want to avoid, also talk about ‘falling’, ‘tripping’, their ‘sins’ and ‘breaking down’. Meanwhile, Mendes also unveiled that the track, ‘Monster’ will be the next single from his forthcoming album ‘Wonder,’ which will be released on 4th Dec(next month). Pre-save the full album by clicking here.

Last month, Mendes dropped the album’s title track. After the announcement of the album, Mendes said, “It really feels like a piece of me has been written down on paper and recorded into song.”

Last month, Justin Bieber opened up about the Next Chapter in his life for his latest YouTube Originals documentary. The story continues after the record-breaking docuseries “Justin Bieber: Seasons.” Meanwhile, Bieber & Benny Blanco performed a live acoustic performance of their latest release song ‘Lonely‘, which he officially released on 16th OCT. Also, Bieber teamed up with Chance The Rapper for their new song ‘Holy‘ directed by Colin Tilley.