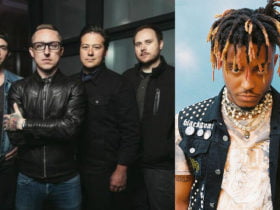 The new music video is filmed in Los Angeles, produced by Nick Papz and Xander, the music video is directed by David Wept. The track is taken from Davido’s next album A Better Time, which will be released this Friday, November 13 (via Davido Worldwide Entertainment/Sony Music UK/RCA Records), following his last year’s ‘A Good Time’.

Davido said in a press releases, “I’ve known Lil Baby for quite a while, and I think it’s important that I point this out: When you are collaborating on a record, you need to make sure that the relationship is good outside of music, I feel like that is when you make the best music.”

Davido ‘So Crazy’ Ft. Lil Baby Out Now! Like This Track? Stream & Download The Full Song By Clicking Here.