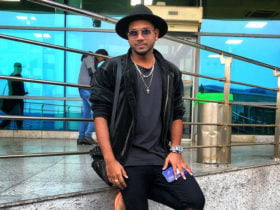 Canadian EDM artist, DEADMAU5 has announced his next drive-in Halloween shows named ‘DAY OF THE DEADMAU5.’ Check out the post below.

Deadmau5 shared the post via Twitter and wrote, “ATLANTA… CHICAGO… we’re coming sooooon for some of that DAY OF THE DEADMAU5 action! we’ll be at the Atlanta Motor Speedway on October 29th and then up to the @SeatGeekStadium for shows on the 30th and 31st. tickets go on-sale Tuesday 29th at 12 pm CST 😉  #dayofthedeadmau5.”

The first Drive-In concert, Day of the deadmau5 will take place on October 29th(Next Month). Then, he will headline to SeatGeek Stadium in Chicago for two extra spooky nights on October 30th and 31st. Meanwhile, Vehicle pass starts in the $200+ range, only four people per car. Know more about the Drive-In show by clicking here.

Recently, he shared the 100th episode of the Mau5trap Radio Mega Mix 3 hour playlist on Youtube. The tracklist includes genres like Electronic, Techno, Electro, Progressive, House, Chillout, Downtempo, Instrumental, IDM, & Experimental. The brand new mix sprawls over three hours with nonstop power and all of the classics, which include the producer’s mega-hits since 2008.