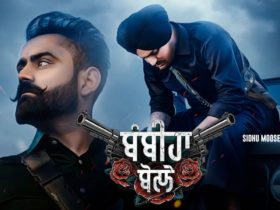 American singer and actress, Demi Lovato has teased her upcoming new album, ‘Dancing with the Devil… The Art of Starting Over‘ featuring Ariana Grande, Noah Cyrus & many more. Check out the post below.

Demi Lovato has been teasing the album via social media for the last few days and revealing the collaboration artists like, Ariana Grande, Noah Cyrus, Saweetie, Sam Fischer, and many more. The album will be released on the 2nd of April. Pre-save the full album by clicking here.

In an interview with PAPER, Lovato also revealed the title of a few of these collaborations. Her song with Grande is titled ‘Met Him Last Night’ and her song with Saweetie is titled ‘My GFs are My BFs’. It marks the follow-up to 2017’s ‘Tell Me You Love Me.”

The album is set to accompany a four-part docuseries on Lovato, titled Dancing With The Devil, with the first episode set to premiere later today (March 23). The collab with Sam Fischer is one fans have already heard, ‘What Other People Say’. The track, penned by Fischer, was released early last month.

Last year, Marshmello has teamed up with the singer, Demi Lovato for their latest track ‘OK Not To Be OK.’