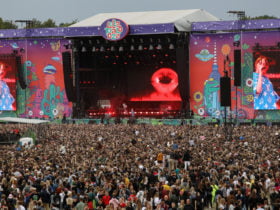 American rappers, Diddy and Dr. Dre were just caught in the studio together, it seems like we will get a new collaboration from them.

Diddy shared the picture with Dr. Dre via Instagram and wrote that “Yesterday, one of my biggest dreams finally came true. I remember the first time I heard DrDre’s production. It gave me clear direction on the level of Producer that I wanted to be.

“Last night, I got the chance to work with this man and to see his genius as he coached me through vocals. He reminded me of myself, but with a different style and way more focused. I gotta step my focus up! lol, But it was a great experience and I thank God for it. I hope one day you’ll get to have the same experience with someone that you always looked up to as a hero. LOVE 🖤🙏🏿💫⚡️✨”

Rumors about Dre’s upcoming studio album, which will mark his first album since 1999’s 2001, have remained rampant over the last few years.

In the meantime, recently, Eminem shared a picture with Dr. Dre, and Snoop Dogg in the recording studio. In February 2022, Eminem, Snoop and Dre performed as part of an all-star hip-hop line-up at the Super Bowl Halftime Show.

Diddy Says, “One Of My Biggest Dreams Finally Came True” While Sharing Picture With Dr. Dre