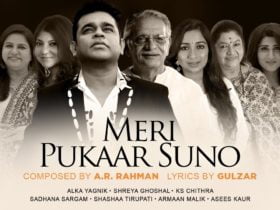 3 days ago, he teased the track via his Instagram. Dino said about the track, “It’s because of your love and appreciation that I am never scared to try something new. Thank you so much for giving me the power, and believing in me. love you guys🤗.”

On 7th Aug, Dino James delivered his brand new motivational hip hop track named ‘Mirage.‘ Every Dino’s songs have different vibes. In the new song, Dino motivates us, how life works, we do not lose hope we should focus on our life goals.