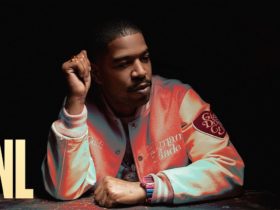 So as you guys know these two big names of the Indian Hip Hop industry which is Divine and Emiway Bantai has recently involved in the Hip Hop Beef. Now their fans are wondering what happens between them and why the beef is suddenly ended now.

For those who don’t know, this beef is pretty old and we cover the full story so let’s start. Remember the time when Emiway Bantai releases a diss track ‘SAMAJH MEIN AAYA KYA?’ towards Raftaar in 2018. But here is the one thing we all have to notice that, Emiway disses 3 rappers in his diss track ‘SAMAJH MEIN AAYA KYA?’ the first one is Raftaar, Second is Divine and the third one is MC stan.

Emiway disses Divine because Divine claims himself as ‘biggest or number 1 rapper in India’ and this thing Emiway did not like. So that’s the reason why Emiway disses to Divine.

These are the following lines for Divine from his diss track ‘SAMAJH MEIN AAYA KYA?’

On behalf of Divine after this song, we didn’t get to see any official reply, but he mentioned Emiway’s name on his live concerts and told his fans that his reply to Emiway is on the way. He is going to be released a diss track named ‘Remand’ in reply to ‘Samajh me aya kya?’.

But after sometime Divine decided that he is not going to diss Emiway Bantai directly and he released an album called ‘KOHINOOR’. The ‘Remand’ song is a part of the album and in the Remand song there is no directly diss to the Emiway besides this song contains a huge amount of subliminal disses which is pretty clear that the lines are none other than only for Emiway Bantai.

So, this was the past story. Now during the Instagram Live Divine telling his fans that he is going to be dropping New Album this year and he talks his team that his last album ‘KOHINOOR’ gets 80M streams on audio platforms, not on YouTube.

He claims that the streams are important not youtube views because there is a difference between musicians and YouTubers. Indirectly he considers Emiway as a YouTuber.

In the reaction of Divine’s Instagram Live Emiway releases a diss track called ‘HARD’ in his youtube channel. He disses to Divine and Kr$na in ‘HARD’.

After that, he comes to Instagram live and shows support for his fans or youtube family, because all the other rappers are criticizing Emiway’s fan base by calling toxic to his fan base.

Divine releases continue two diss tracks for Emiway Bantai. The second diss track is SACH BOL PATTA. And this track contains lots of facts and brutal lines. This diss track shows the technicalities of how much Divine have.

Now here Emiway comes with his diss track which is GULLY KA KUTTA. This diss track is truly the best comeback by Emiway where he counters the strong points and gives the brutal diss to Divine.

GULLY KA KUTTA by Emiway was the last track of this beef because suddenly the beef is over. Emiway and Divine come to Instagram Live together and ended this beef. Both rappers sorted out their problems and spread love as well as unity.

When Emiway Releases diss track ‘Hard’ there is a line in the hook of that song which contains ‘Merry Christmas’ and that is not good in a religious way and same Divine Comments on Emiway’s Live video that this is not good.

After that Emiway gives a call to Divine and has a conversation that he used ‘Merry Christmas’ in hook only for Rhyming’s purpose not to hurt his religion. Then they sort out all problems.

Both the artist not interested in promoting the diss culture and hate, both belong to Mumbai and during the Covid-19 Pandemics Maharashtra is the most infected state and in this difficult situation, they have to stand united and spread love not hate. This is the reason they ended this beef.