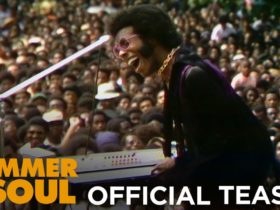 Colombian-American DJ, and music producer, Erick Morillo, best known for the 1993 hit “I Like to Move It,” has died at age of 49, this morning (September 1) in Miami Beach.

According to the TMZ reports, no cause of death has been revealed. Morillo’s death comes to a couple of weeks after he was arrested in Miami on sexual battery charges. The alleged sufferer claims she and Morillo went to his place after they had been both DJing. She alleges she resisted his sexual advances, after which went to sleep at his place, however, woke up nude … with Morillo standing subsequent to her, also nude. He’d turned himself in on August 6. Morillo was 49.

In 1993, Erick Morillo collaborated with Trinidadian vocalist the Mad Stuntman for his iconic music “I Like to Move It.” The song appeared on 1994’s Move It! and regained recognition when it was featured closely within the 2005 DreamWorks animated movie Madagascar.

Erick Morillo spent his childhood in Cartagena, Colombia, New York, and New Jersey. He started making music within the early ’90s under the name Reel 2 Real.

Morillo released numerous singles and remixes, as well as his 2004 full-length My World, on Subliminal. He made just one more album as Reel 2 Real (1996’s Are You Ready for Some More?) before launching his own label, Subliminal Records, in 1997.

He’s a 3-time winner of the DJ Awards’ Best House DJ and a 3-time winner of Best International DJ, including his most recent win in 2009. He was a Colombian-American DJ, music producer, and record label owner. Having produced under a number of pseudonyms, including Ministers de la Funk, The Dronez, RAW, Smooth Touch, RBM, Deep, and more.