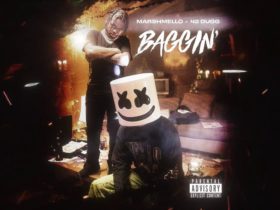 The music producer and DJ, PARANOX teamed up with Mr. Jammer and released his brand new heavy bass track called “Ashanti” – Stream the full track below.

DJ Paranox said in a statement about the track, “First the track was named “Shanti” because of the vocals which have the phrase “Shanti” in it but the energy of the track was not at all quite, thus we came up with this idea of rather naming it “ASHANTI.”

‘Ashanti’ is a trap song that gives you the vibe of Indian trap music because of the vocals. Paranox is known for his music style of blending Indian vocals with heavy bass EDM drop. The drop of new track ‘Ashanti’ is very catchy and filled with heavy synths. ‘Ashanti’ is an exciting collaboration between 2 talented producers Mr. Jammer & Paranox.

Paranox and Mr. Jammer (Vikas J) have been friends since the time of Orkut. They both love experiments and Sound Designing. They have seen each other grow since day 1 when there were no YouTube tutorials, Premium Sample Packs, no one to tell you what to do or even a stable internet connection.

The music producer and DJ, PARANOX has carved a niche for himself in the Indian electronic music circuit. His style of fusing Indian elements with the craziest Bass Drops is a class in itself. The captain of ‘Bharatiya Bass Party’ is emerging as a worthy flag-bearer of the desi trap music in India.

Mr. Jammer is a DJ / Producer based in Pune, who enjoys capturing Foley and Electronic musical ideas. He has been passionate about music from a young age, and believe’s that the process of creating and performing music should be an honest, inspiring, and most importantly, fun experience. With his unique creativity he approaches versitility of his talents and takes advantage of it in live performances and productions.