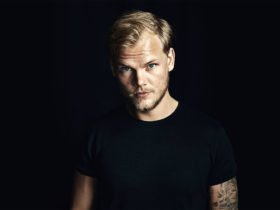 The title track “Monster” is a medium tempo pop dance track with intense keyboard, heavy bass, and powerful dubstep sounds. The lyrics express becoming a monster that dances and bothers someone in their dreams.

The K-pop stars released Monster, their first EP as the Red Velvet subunit Irene & Seulgi, on Monday but they had to postpone the release of the video until Tuesday. Red Velvet tweeted. “Please excuse the inconvenience caused by the delay, and thank you for your understanding and support.”

You can stream, download and listen the full album by clicking here.

READ MORE – Drake Will Be On DJ Khaled’s New Single

Fans called out Red Velvet’s agency, SM Entertainment, in the comments, as the announcement came hours after the “Monster” video was to be released alongside the Monster mini album.

“It took them 6 freaking hours to write a delay announcement w/o any explanation or apology. How unprofessional and incompetent is that for a top ent company smh,” one person wrote.

“You didn’t even bother to apologize for being so unprofessional. Most of us canceled our plans for this and you made us wait for hours before you announced when it’ll be released,” another person said.