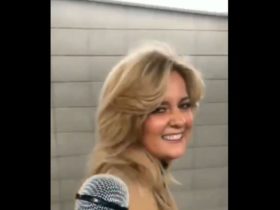 What Happen When, A Random Person Surprisingly Asked Subway Women To Sing Impromptu Verse Of Lady Gaga’s ‘Shallow (A Star Is Born),’

The song was on the Scheme’s debut album Family that released last month but was ultimately pulled due to unspecified disagreements. It’s now on the deluxe edition of the album, which also included appearances by Skrillex, Zacari, Joey Bada$$, and others.

DJ Scheme shared the music clip via Instagram and wrote that “In all honesty, I never really wanted a deluxe because I can’t add to that part of my life. Now that “Buck 50” is coming out and the album will be complete I can manifest new energy and focus on the future. 🖤 ”

In an interview with HotNewHipHop about working with Juice and Ski Mask the Slump, he said, “Working with Juice and working with Ski, those, for sure, are my two favorites to always work with just cause it’s such a genuine connection with them and I genuinely love them and they trust me,” he said. “I just started producing so you know I need that a lot from artists. Those two definitely trusted me the most with what we were creating …”

He officially released his debut album, ‘FAMILY‘ on 4th Dec 2020. In the meantime, last year, in September, DJ Scheme & Skrillex had joined their production force together for Lil Tecca‘s track “Selection,” off the young rapper’s debut album VIRGO WORLD.