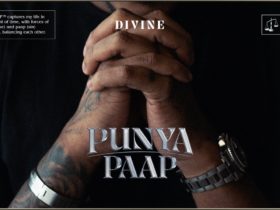 The track, “New Love” is directed by Ana Sting, produced by SAUVAGE.TV, also it marks Silk City’s 2018 releases “Electricity” with Dua Lipa, “Loud” featuring Desiigner and GoldLink, and “Only Can Get Better” with Daniel Merriweather.

“I’m always stoked to get back in the studio with Mark,” Diplo said in a press release. “We’ve been constantly trading ideas since the start of Silk City and finally found the time to bring some of them to life. We came out with this classic house record and Ellie was kind enough to lend her voice to it.”

“I love the music that comes out when Wes and I get together,” Ronson said. “It has a joy to it that’s different from everything else I work on. I’ve known Ellie for over ten years, and it’s great to finally get to make something together. Her voice has such a pure tone that cuts through everything.”