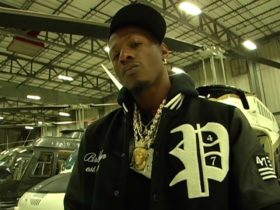 French record producer, DJ Snake has teased the new collaboration with K-Pop BLACKPINK’s Lisa. Check out the teaser below.

The DJ confirm the collaboration via Instagram story while tagging Lisa & Blackpink. The 3-sec small clip we can easily listen to in the story, the clip features a female vocalist singing the lyrics, “all night with you”, although it’s currently unclear who the singer is.

However, Lisa’s agency YG Entertainment has not officially confirmed the news. In a statement to The Korea Herald, the company confirmed that “Lisa is still working hard on the album” but did not confirm a release date.

Earlier this month, DJ Snake claimed that he worked with the Thai-born K-pop singer-rapper in a series of now-deleted tweets, as captured by Uproxx.

Recently, he teamed up with singer, Selena Gomez for the new Spanish track, ‘Selfish Love.’ The track appeared on Gomez’s first-ever Spanish EP, ‘REVELACIÓN‘, which released on 12th March.