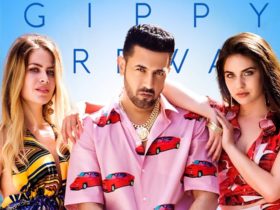 French DJ and record producer, DJ Snake has teased the new collaboration with singer, Selena Gomez after a long time. Check out the post below.

After the massive success of ‘Taki Taki’ featuring, Selena Gomez, Ozuna, Cardi B & DJ Snake. They both are plaining for something another banger. The track has crossed 2B + views on YouTube & 1.1 billion plays on Spotify.

He shared the little video clip on Twitter, where he & Selena Gomez are discussing the track. first, he said, ‘Look What Just Came In The Mall,’ then Selena Replied, ‘I Just Got Me Too..’, then he replied, ‘I Think It Is Time We Gave Them Another One. Hold On I Have An Idea,’ then he sends her a voice message, but we can’t hear it, then she replied, “OMG I love this! Let’s do it.”

In the meantime, Two out of three of Selena’s EDM collab have crossed 1B+ streams, including “It Ain’t Me” with Kygo, though “Wolves” with Marshmello is close with 940 million. Recently, Selena Gomez has released her second Spanish language track, ‘Baila Conmigo‘ featuring Rauw Alejandro.

The track, “Baila Conmigo” follows “De Una Vez,” Gomez’s first Spanish-language single in over a decade. She also teased her first-ever Spanish EP, ‘REVELACIÓN‘, which will be released on 12th March.