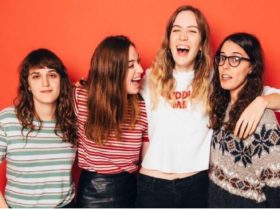 MUST-READ – Tame Impala, The Strokes And More To Headline Outside Lands Music Festival On 2021

Doja starts the track with this line, “All the girls like me, and their mans? Unisex, unisex/ I’m for all the ladies and gentlemen/ I’m unisex, unisex.”

“I got juices for him, I got jobs for him/ Here’s the uniform/ You a corn on the cob, I’m a unicorn/ They all bump it in they rides, had to toot my horns,” she raps between over the song’s draggy rhythm. “Had to do a little something I ain’t do before/ Had to switch up on the ride, turned the roof to doors.”

Doja Cat also teased her forthcoming music video for ‘Like That’, She shared a little clip of the video on Instagram with the caption, “LIKE THAT VIDEO OUT TOMORROW AT NOON! TURN ON YOUR NOTIFICATIONS! DONT FORGET! DONT MISS IT!”

The Sailor Moon-inspired video is set for release tomorrow (June 26). ‘Like That’, which features Gucci Mane, appears on her 2019 album ‘Hot Pink.’ The album also features her first-ever Billboard number-one single, ‘Say So.’