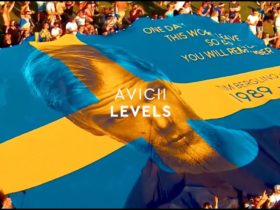 Tomorrowland Will Tribute To Avicii Via One World Radio This Week

Hitmaker Badshah in conversation with Raj Jones revealed a lot of truths and announced his plans which every Hip-Hop fan needs to know! This article is a summary of the Interview that Badhshah did with Raj Jones and you can check it out on his YouTube channel after reading the article. Badshah openly talked about things in this Interview and cleared all doubts about his recent controversy and his upcoming lyrical Hip-Hop tracks. Both Raj Jones and Badhshah had fun talks about his songs and his recent movie, Badshah shared his relations with artists and his family, Badshah gave shoutouts to few great Hip-Hop artists and one thing which we noticed is that he might lean toward the lyrical Hip-Hop more now. So it is great news for those who like Badshah’s lyrical songs and let us look at the things he talked about.

BADSHAH ON A BREAK

The interview starts with some build-up chat as Raj Jones asks Badshah about how his quarantine in going and Badhshah says that its a huge break for him. As we all know that big artists like Badshah have busy schedules and the main reason Badshah told about his busy schedule was his tours. And he love his work but he was away from his family so that is why this break was much needed. He even told that the last he spent this much time with his family at home was 18 years ago and that’s a long time period. And in quarantine Badshah talks to his family and enjoys their company.

One more thing that we got to know is that Badshah is addicted to the game PUBG nowadays, he shared that he resisted this game for like 2 years and he always scolded his colleagues for playing it because he thought they are just wasting their time but now the tables have turned! He is addicted to this game and he can’t stop. And this break was much needed after all the hatred he was getting and family support is important at such times, which is great.

This controversy created a lot of hate against Badshah, to be more specific, a lot of unnecessary hatred that he never deserved. Well, Badshah starts by talking about the stats of the song as it broke a lot of records, and its almost on 400 million views, which is great and it was even trending in around 17-18 countries. when Raj Jones pokes the controversial question by asking more about it then Badshah starts explaining the whole scenario that he had a sample of the melody laying around and he brought that to his Producer Aditya Dev and he recognized the melody and told Badshah that its a melody of a Folk Song. Aditya Dev’s wife sang it for Badshah and he got the idea of making a full track out of it with the hook of that Bengali Folk song. After deciding it his team started searching if somebody owns that song or not because Sony Music is strictly against plagiarism. His team could not find any credited artist to that Folk song and there are 20+ remakes of that song and there were no lyricists mentioned there.

So, after the release, Badshah started getting a lot of hate and he got to know about Ratan Kahar who is the original writer of this Folk Song. Many Media houses started spreading hate against Badshah that he stole the song and didn’t give proper credits to original artists. Badshah said that he was really confused now because he talked to Sony Music and they said that anyone can claim a song but what’s the proof that he is right? but the original author Ratan Kahar said in a documentary that he is happy that Badshah made his song so popular. Badshah told that he had a video call with Ratan Kahar and they both were happy, Badshah noticed his condition and gave him 5 Lac Rupees, so that he can fund the studies of his son. Badshah was really touched with the conversation with Ratan Kahar that he decided to do a song with him in the future.

Even after this, people kept trolling him that he paid Ratan Kahar money for sympathy but Badshah replied to all haters by saying that at least he did something for Ratan Kahar instead of making a big issue about him and these all media houses just kept doing it for the public while they could have also helped him. Badshah said that those were one of his worst days because of all the hate he was getting but he is glad that he was with his family. Well, this controversy is a fine example of how the audience should not put an artist through so much stress. Criticizing the lyrics makes sense but plagiarism is a big claim.

Kaleshi launde is a trio of three Delhi based artists, Badshah, Fotty Seven, and Bali. Everyone thought that this is going to be a collab of this trio but Badshah revealed that this is going to be an EP. And we already know how great this is going to be after listening to the track “Bhot Tezz” which is a collab of Badshah and Fotty Seven. Badshah even said that he will tell more about this track in a group interview. So, maybe we can hope for a “Kaleshi Launde in conversation with Raj Jones” soon and it will be fun for sure. Badshah even talked about Fotty Seven and Bali, he said that he likes Fotty Seven and Bali because their lyricism is very different from other artists and he wants to match their lyricism. Badshah talked about how he wants the Delhi Hip-Hop scene to grow more! As we all know that after Gully Boy the Mumbai Hip-Hop community got a huge push and whole India is listening to them now. It is huge that International legendry artists like Nas are collaborating and signing Indian Artists. So, Badshah wants the same appreciation for Delhi Hip-Hop scene and that is why he collaborated with Fotty Seven because Fotty emits the true Delhi vibes but he was not getting the reach he deserved. And we are going to get some lyrical Music from Badshah.

While talking about Fotty Seven and Bali, Badshah also praised kr$na for his lyricism. Badshah respects Kr$na’s grind of 14 years and said that he is just lyrically insane and they might collab soon. Badshah said that collapsing with these artists is a challenge to him because of their lyricism and he wants to do it to improve more. Badshah even said that he wants to get back into that lyrical zone of him that he was doing years ago. He mentioned Raftaar and Sikander Kahlon as those were the guys who were doing a lot of lyrical Hip-Hop along with Badshah. We might see a lot of great collaboration between Kalamkar, KKG, and Sony Music. And let’s hope that all the Hip-Hop stuff comes our way sooner than we think!

So in the end, these were the main topics they discussed about and you should check out the whole interview! After all, we cant transcribe the emotions into paper properly, so you should go check it out. They talked about a lot of fun things and Badshah was really open in that interview. Many of you might have never seen him like that. So go check it out! and don’t spread hate against any artist. They are working hard to provide great music.