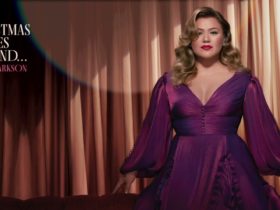 The album follow-up to 2018’s Scorpion, Drake released some new material in between, including last year’s Dark Lane Demo Tapes. Last week, he teased the album with a cryptic ESPN promo, which came out amid a reignited feud with Kanye West that dates back to 2008.

Recently, Drake appeared on Trippie Redd latest album named “Trip At Knight.” Last month, Drake for the new hip hop track, “Over The Top.” the album is the full-length successor to 2018’s Scorpion.

“A combination of toxic masculinity and acceptance of the truth which is inevitably heartbreaking. Executive produced by me, Noah “40” Shebib, Oliver El-Khatib, and Noel Cadastre. Dedicated to Nadia Ntuli and Mercedes Morr. RIP 💖,” Drake says to Apple Music.