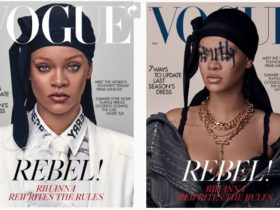 The new EP follows the first ‘Scary Hours EP‘ which was released in 2018, featured “God’s Plan” and “Diplomatic Immunity.” The A-side was later released on Drake’s album Scorpion.

The EP featuring 3 tracks including, What’s Next, Wants & Needs ft. Lil Baby, and Lemon Pepper Freestyle Ft. Rick Ross. Also, the upcoming album, ‘Certified Lover Boy’ was about to come in January, but its arrival was delayed by Drake requiring more time to recover from knee surgery.

“CLB is currently being chef’d in every way possible,” he said, “I don’t have an exact date, but it’s in the pot and it’s coming soon.”

In the meantime, Last year, he released the Dark Lane Demo Tapes mixtape. The full-length featured guest appearances by Playboi Carti, Future, Young Thug, and more. It includes “Pain 1993,” “Toosie Slide,” “Desires” “When to Say When,” “Chicago Freestyle,” and “War.”