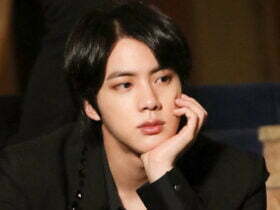 English singer, Ed Sheeran has dropped his new version of the track, “Bad Habits” featuring Bring Me The Horizon. Listen to the full song below.

On 8th February, Ed Sheeran teamed up with the metal group for a reworked version of his 2021 track ‘Bad Habits’ to open the BRIT Awards 2022.

Now, their alternative version of the track has been released. Sykes said: “There are so many people asking for like a studio version,” to which Sheeran replied: “We have to get one out”, while Sheeran added: “We’ll get Jordan and the lads on it and I’ll get the vocals in. Make sure it goes proper death growl at the end!”

Speaking about the new version of the track, Sheeran said: “I really enjoyed the show last week and I think people will really like the new version. Excited to get it out.”

Bring Me The Horizon’s Oli Sykes added: “From receiving the email asking whether we’d like to open the brits with Ed Sheeran to us chatting and bouncing ideas to rehearsing and then performing and now releasing, this has needless to say been pretty mental.

“But we are all about pushing the boundaries of our own and other genres, so this felt like the perfect challenge.”

Ed Sheeran – Bad Habits feat. Bring Me The Horizon Out Now! Like This Track? Stream & Download The Full Song By Clicking Here.